The 9-2 Kansas City Chiefs get the pleasure of traveling to California and playing the 2-9 Oakland Raiders this Sunday. From the outside looking in this game looks to be very one sided in Kansas City’s favor. The Chiefs are the top team in the AFC, Andy Reid is 8-2 all-time as the Chiefs’ coach against the Raiders, and Oakland is in the midst of a transition season/decade. History tells us not to take this game lightly though, as in 2014 the 0-10 Raiders beat the 7-3 Chiefs, the Chiefs then missed the playoffs by one game. Last year the 2-4 Raiders defeated the 5-1 Chiefs in another upset. I’m trying to make it sound like the Raiders have a chance but….. we got Patrick Mahomes!

The Raiders currently sit in last place in the AFC under Coach Jon Gruden, who is in the first year of a 10 year 100 million dollar contract. The Raiders as a franchise are trying to look forward to the future, so that in 2020 when they become the Las Vegas Raiders, they will be a competitive team. In the mean time though, trading some of their top players for draft picks hasn’t helped the current team. The Raiders’ offense is #30 in points scored at 17 a game, while their defense is #30 allowing 29.7 points per game. As a matter of fact, the Raiders have only scored more than 20 points in just 3 games this season, while the Chiefs’ lowest scoring game is 26. That sure sounds like a recipe for disaster!

Read more »
Posted by JTheFan at 8:51 PM No comments: Links to this post

Patrick Mahomes Is Something Else! Patrick Mahomes is something else! Between his extreme athletic abilities, his intelligence/coachability, and his supreme confidence there isn’t much more any fan base could ask for. The fact that Mahomes has Andy Reid as his coach with Tyreek Hill, Travis Kelce, Sammy Watkins, and Kareem Hunt as his main weapons is only icing on the cake! But as a Chiefs fan it is almost hard to fathom just how good Mahomes has been throwing touchdowns. Sure we all know that Mahomes broke Len Dawson’s single season Chiefs’ passing touchdown record of 30 but how does he stack up all-time.
Read more »
Posted by JTheFan at 10:51 AM No comments: Links to this post

How I See The NFL Playoffs Working Out 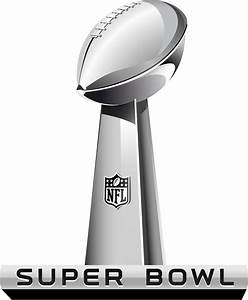 The rest of this season should be fun for Chiefs fans! The Chiefs play the 2-8 Oakland Raiders twice in the final 5 games, the 7-3 Chargers at home, and 2 games against 5-5 teams fighting for the playoffs. The team that worries me the most is the 5-5 Seattle Seahawks, whom the Chiefs will have to play on the road in week 16. They should be right in the thick of the race for the wildcard spots in the NFC and have been playing better football each week. More interesting to me is how the Seahawks will run the ball no matter what the score of the game is and they have reached at least 150 yards rushing in 7 consecutive games. I still think the Chiefs should be able to handle the rest of their regular season schedule fairly easily but the Chargers, Ravens, and Seahawks are not teams to lay an egg against.

1. Chiefs
2. Steelers
3. Patriots - The first 5 teams are pretty clearly set the only changes would be in the seeding.
4. Texans
5. Chargers
6. Ravens/Colts/Titans – There are more teams with a shot, but I believe these teams are the most likely. Looking at each teams schedule, I think they should all finish with a 9-7 record. So it will come down to which team can win the games they are supposed to and steal one they shouldn’t. I would put my money on the Colts, since they clearly have the best quarterback of the three teams.
Read more »
Posted by JTheFan at 5:02 PM No comments: Links to this post

Taking A Look At PFF Grades For Chiefs' Players 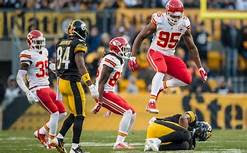 The Chiefs lost Monday night to the Rams 54-51. There has been a ton of Chiefs coverage on this game, most of it much better than I could do, so instead of doing my usual post game “post” I’m going to do something different. Pro Football Focus is having a free trial weekend and I was looking over their grades for Chiefs players, thought I would run through their grades with a few thoughts of my own. For reference PFF gives each player a grade from 1-100 for each game by looking at how well they perform in each faze of their duties. The scores from each game are then merged together to give a 1-100 season grade.

Read more »
Posted by JTheFan at 3:15 PM No comments: Links to this post

100 Yard Rusher And What It Means Against Good Opponents

2018 Kansas City Chiefs offense is not about the run game and that is fantastic! The Chiefs have a generational talent at quarterback and explosive receivers all over the field, it makes sense to put the ball in the air. This offense has slowly been evolving into what we see today ever since Andy Reid took over as head coach before the 2013 season. Being pass happy on offense isn’t a new philosophy around the NFL, the upcoming game between the Chiefs and Rams is a good example. The Chiefs are second in the NFL with 3,055 total passing yards and the Rams are third with 3,032 total passing yards. (Tampa Bay is actually first 3,251 total passing yards.) While the Rams have also been great at running the ball and the Chiefs have been very good, but most of the talk leading up to the game is about the young quarterbacks these teams possess. So it is a bit surprising how important the run game seems to be for the Chiefs against good opponents.

Read more »
Posted by JTheFan at 11:21 AM No comments: Links to this post

This Monday night, under the bright lights of the L.A. Colosseum, the 9-1 Kansas City Chiefs take on the 9-1 Los Angeles Rams. This game is going to be insane as both teams bring in fantastic offenses and talented defenses. This is the match-up that all of us Chiefs and Rams fans have been waiting for, heavy weight versus heavy weight, mano e mano, offense against offense. Honestly, though, it could very well be which ever defense steps up that makes the biggest difference in this game.

Read more »
Posted by JTheFan at 6:23 PM No comments: Links to this post

Mahomes Breaks A Record And The Chiefs Defeat The Cardinals With A Big Defensive Effort!

The Kansas City Chiefs defeated the Arizona Cardinals 26-14 in a game that looked a bit unusual for the Chiefs. The Chiefs’ offense scored 20 points in the first half, but only managed 6 points in the 2nd half. Those six points came on a Spencer Ware touchdown run after Justin Houston intercepted Arizona quarterback Josh Rosen, giving the Chiefs great field position. On the positive side the Chiefs defense played a very good game against a poor offense and didn’t have any big letdowns.

I believe there are a few different reasons the Chiefs’ offense was stagnant in this game especially in the second half. The first is that this was a bit of a trap game for the Chiefs. They were comfortable at home, scored 20 points in the first half, and have possibly their biggest matchup of the year next Monday against the Rams. The second is that the Arizona defense came to play, getting a lot of pressure on Patrick Mahomes, and the Chiefs’ offense missed Sammy Watkins especially as a quick passing option. The third reason is that during pregame, Patrick Mahomes girlfriend Brittany Matthews’ step father passed out outside of Arrowhead Stadium and later passed away at an area hospital. My thoughts and prayers go out to their family. I’m sure that Mahomes knew something was going on through the game as he didn’t do any interviews after the game and quickly left the stadium. A tough situation for Mahomes to be in, trying to beat an upstart Arizona team, while breaking the Chiefs all-time passing touchdowns record, but knowing that the woman he loves is hurting.

Read more »
Posted by JTheFan at 11:44 PM No comments: Links to this post 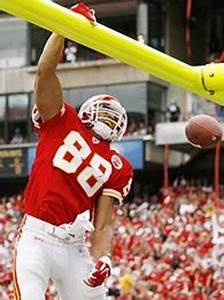 The 2003 Kansas City Chiefs had the best Chiefs offense I can personally remember before this 2018 team. The NFL has changed a lot in the last 15 years, but I thought it would still be fun to compare these two teams offensive stats and play makers through 9 weeks. I’m just giving the stats for fun and comparison. You can make your own conclusions! I’m just glad that I got to watch both of these offenses slay defenses in the red and gold.

Read more »
Posted by JTheFan at 9:21 PM No comments: Links to this post

Refuting The Reasons Why The Chiefs Won't Win In The Playoffs

Haters gonna hate and the Chiefs got plenty. There is the usual hate from fans of longtime rivals, which I understand and respect. Then there is hate built on a jealousy of what the Chiefs have, a young once in a lifetime quarterback, surrounded by game changing offensive talent and a forward thinking coach. I wanted to take a look at one of the common things I hear the haters say, the Chiefs are just gonna lose in the playoffs. They list reasons like, the Chiefs always lose in the playoffs, Andy Reid can’t win in the playoffs, he can’t manage the clock, Mahomes is overrated, and the defense sucks. I don’t know about you, but I’m getting tired of hearing this crap.

Read more »
Posted by JTheFan at 10:21 PM No comments: Links to this post

A Look At The Upcoming Chiefs And Cardinals Game

Read more »
Posted by JTheFan at 7:15 PM No comments: Links to this post

A Look At The Chiefs Win Over The Browns 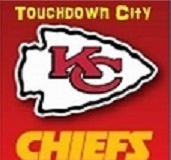 The Chiefs defeated the Browns in fairly easy fashion Sunday afternoon 37-21. This game was tight at the half with the Chiefs leading 21-15, but the second half was all Kansas City. This brings the Chiefs record to 8-1 on the season tied with the Rams for the best in the league. It also keeps the Chiefs in the #1 playoff position in the AFC going forward.
Read more »
Posted by JTheFan at 4:38 PM No comments: Links to this post

The Kansas City Chiefs And The Cleveland Browns

This Sunday at noon the Kansas City Chiefs play the Cleveland Browns on the road at FirstEnergy Stadium. This is an important game for Kansas City, as they try to stay ahead of the New England Patriots and keep the #1 seed in the AFC. The Browns, on the other hand, are out of the playoff picture, firing their head coach Hue Jackson and their offensive coordinator Todd Haley after last weeks loss to the Pittsburgh Steelers. This could be a pivotal game in the future of the Browns as defensive coordinator Gregg Williams take over as interim head coach. Williams is a well respected defensive coordinator in the NFL, but is probably more well known for Bountygate. The Bountygate scandal resulted from Williams paying out bonuses to his defensive players if they were able to injure players from opposing teams. Williams was suspended an entire year for bountygate. The Browns’ new offensive coordinator is Freddie Kitchens, who was the running backs coach previously.

Read more »
Posted by JTheFan at 8:14 PM No comments: Links to this post